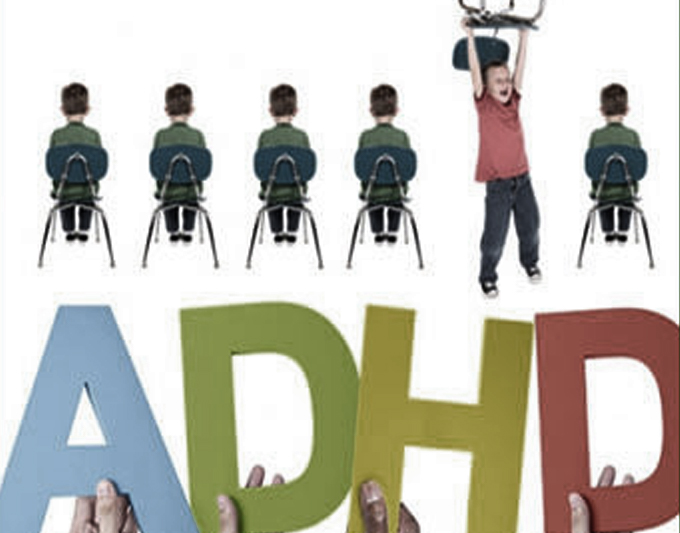 Attention Deficit Hyperactivity Disorder (ADHD) is a chronic behavioral or developmental disorder which becomes apparent in childhood. The child is found to be hyperactive, impulsive and inattentive. It implies that generally the child is not able to focus on what they do, is unusually active when compared to other children of the same age and takes long time in perceiving or understanding things. Thus based on these characteristics, ADHD is classified into three major subtypes-

Not all the children having this disorder are found to display the same symptoms. Some may even exhibit symptoms like being aggressive,destructive, depressed and having a manifest boredom. These symptoms cause great difficulty to the child in emotional, social and academic functioning and situations. It is a very common disorder found among children and studies show that the ratio of number of boys suffering from this disease is greater than that of girls. Though the disease can be treated when diagnosed properly and medicated.

However, certain symptoms may persist even into adulthood.

It is a genetic disease but physical and social environment along with the child’s diet can be the probable causes of this disorder. Functioning of the brain is found to be different in children having ADHD than that of normal children. This disorder could occur in association with some mental disabilities. Otherwise, what exactly causes this disorder is still not known.

If a child is suffering from this chronic disorder, he/she may exhibit the following symptoms, falling under the three categories-

Homeopathy has an impressive history in curing children exhibiting the symptoms of this disease. Those homeopathic remedies which are found to be most helpful in treatment of ADHD are-

STRAMONIUM– It is advised when a child has many fears and shows signs of going through post traumatic stress turmoil. It is used for treating children who are violent and show the symptoms of severe hyperactivity. Such children usually fear death or from being isolated and may have nightmares.

CINA– This remedy is useful for the children who are physically aggressive, restless and fretful especially during the sleeping hours. They usually grind teeth or wet their bed and might be having pinworms. These children even suffer from problems like continuous coughing and itchy nose.

HYOSCYAMUS– If the child is highly impulsive; gets aggressive while talking and start hitting or screaming, not able to think quitely and often gets into depression, then this homeopathic remedy can help to a great extent in curing the child. This helps the child to get out off his/her unusual behavior of laughing without any sense, talking without logic and acting unreasonably.