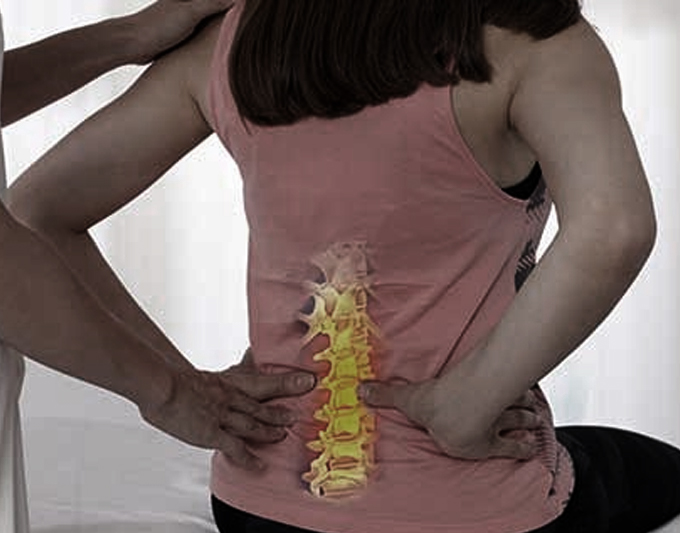 Sciatica refers to a low back pain coupled with pain in buttocks and which may or may not radiates down one leg. The pain which is more severe in the low back is felt along its path of the Sciatic nerve, the thickest and longest nerve in the body arising in the lower spine. From the lower spine it travels to the hips and down the legs before branching at the knee. Each leg has its own sciatica nerve.

Symptoms:
Sciatica is characterized with a low back pain shooting down the buttocks and legs with minimal movement. The pain is often accompanied with ‘pins and needles’ sensation followed by tingling and numbness in the leg. The pain could vary in intensity from being mildly annoying to incapacitating. At times a sensation like electric shock can also be felt along the nerve. In a severe case the pain in posterior thigh, lower leg or foot can be worse than the lower back pain which at times might disappear completely.

In most people sciatica pain is often felt on standing up from a low sitting position, bending backwards, sneezing, coughing, laughing and passing hard bowels. Usually Sciatica pain is felt in only one leg and could lead to muscular weakness in legs.

The sciatica pain often disappears in a few weeks but in case of persistence accompanied with numbness, weakness of muscles and weak bowel control, one must immediately seek medical intervention.

Treatment– Pain from sciatica may often restrict mobility in varying degrees and could lead to severe discomfort. Homeopathic prescribing after careful consideration of the medical history often provides immediate succour and relief and also cure in the long run.

A few remedies are:
Mag phos- This remedy is indicated when thre are sudden violent pains, paroxysms of sharp shooting pains, twitching of muscles and legs and marked restlessness. The symptoms worsen with cold air, exhaustion, at night and with touch.

Colocynth– It is indicated with crampy pains in hips and thighs, pain followed with numbness in the affected areas, electric shock like pain in the leg and severe pain after an emotional outburst. The symptoms aggravate with slight movement, especially at nights. The patient feels better by either putting pressure or lying on the pain affected area.

Belladonna– This remedy is indicated with sudden excruciating pain following slightest touch. The low back might pain as if broken along with other symptoms like dry mouth and head congestion. The pain increases with heat, touch, pressure and hanging down the limb whereas the symptoms better with bending backwards and resting in bed.